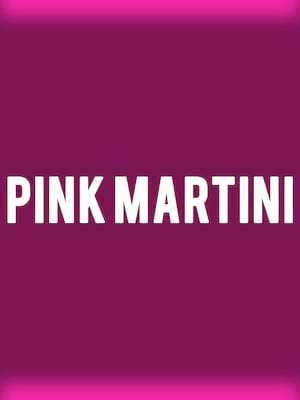 Crossing musical genres from all over the world, Pink Martini fuses the styles of Argentine tango, Brazilian samba and Italian folk as well as drawing inspiration from old Hollywood musicals, pop music and Latin to create a truly unique style. Formed in 1994, the music group have performed at the Cannes Film Festival, Royal Albert Hall in London and the Kennedy Center.

The group have released 11 studio albums, including their most recent released last year, 'Non Ouais! - The French Songs of Pink Martini,' a compilation the band's French songs. This March, they'll be performing with singers China Forbes and Storm Large.

Sound good to you? Share this page on social media and let your friends know about Pink Martini - China Forbes and Storm Large at Mccallum Theatre.