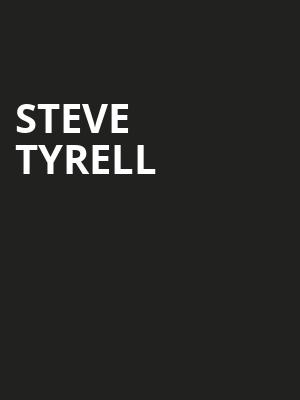 Grammy Award winning producer and vocalist Steve Tyrell is the definition of a renaissance man. In his nearly five decades in the music business, he has achieved success as a singer, songwriter, producer, music supervisor, and most recently, radio host.

With a career spanning over five decades, vocalist and producer Steve Tyrell is still as ready to perform as he always was and presents a nationwide tour for 2020. He began his career back in the '60s at the age of 19 when he began producing for Dionne Warwick, Burt Bacharach and Hal David and went on to work on films such as Father of the Bride and Father of the Bride II.

Steve received the 2004 Grammy Award for Best Traditional Pop Vocal Album for 'Stardust...The Great American Songbook Volume III' and is famous for his hits 'Crush On You,' 'The Way You Look Tonight' and 'The Simple Life.'

Sound good to you? Share this page on social media and let your friends know about Steve Tyrell at Mccallum Theatre.