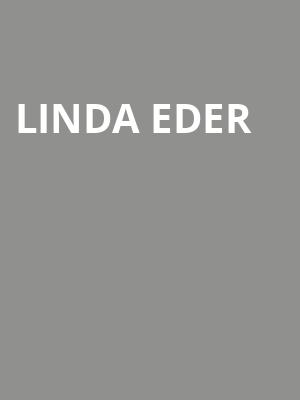 An enduring icon of Broadway and popular music

Singer, Broadway star extraordinaire. Eder first came to national attention when she originated the role of Lucy in the hit musical Jekyll & Hyde in 1997, earning herself a Drama Desk nomination for her sterling performance. Now a popular singer who has dipped her metaphorical toes in other genres including folk and country, she continues to draw in audiences wherever she performs, and has paved the way for future stars including Wicked stars Kristin Chenoweth and Idina Menzel.

Launching her singing career in 1991, the Tucson, AZ native quickly came to the attention of music and theater producers, leading to her early casting in Jekyll, months before the musical was even created. Eder over the course of 24 years has released a total of nine solo albums of pop songs, ballads and Broadway standards, many of which she had sung in Jekyll as Lucy. Her most recent endeavours include a Christmas standards album, the songs voted in via social media by her adoring fans. But the concert stage is where Eder feels at home, and this latest concert tour will see her perform the Broadway, standards, pop, country and jazz songs that we love best.

Suitable for most ages

Sound good to you? Share this page on social media and let your friends know about Linda Eder at Mccallum Theatre.